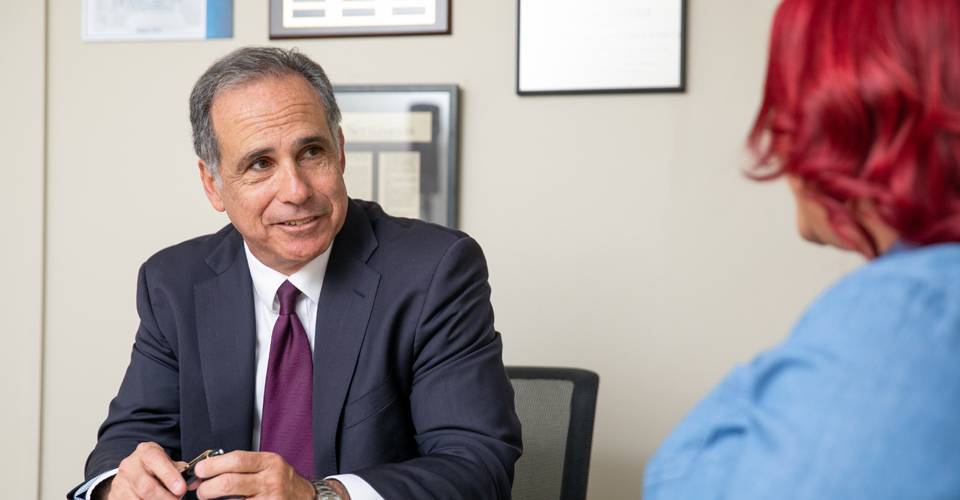 Joshua Glotzer and Daniel Leib personally handle and supervise every case. Our hands-on approach ensures our clients receive the attention they deserve during this difficult time in their lives.

We’re able to leverage more than 55 years of combined experience, including successfully arguing cases in the California Courts of Appeal. Because of our experience, we know California’s personal injury laws inside and out.

After Daniel Leib graduated from law school, he went to work at a law firm that represented insurance companies. He worked hard to represent the interests of his clients, but he witnessed moments where accident victims received less than their claim may have been worth – meaning they didn’t have all the resources they needed to recover from their accidents.

Thirty years ago Daniel Leib stopped representing insurance companies, realizing that his calling was to stand-up for victims that are treated unfairly by the people responsible for their injuries and the insurance companies that process their claims.

Daniel Leib has successfully represented victims in multiple headline-grabbing personal injury cases. He’s taken on powerful organizations, including helping victims of the Catholic Church’s sexual abuse scandal, representing the families of those wrongfully killed by the Los Angeles Police Department, assisting employees who were hurt by large corporations and helping Prisoners of War who were mistreated by their captors.

LAPD officers responded to a domestic violence call. In the course of their response an officer shot a young man on the scene. Daniel Leib gathered the evidence and was able to assist the injured man in securing a $580,000 settlement to help cover his medical care and compensate him for the traumatic experience.

Daniel Leib will tell you that the most challenging case he ever handled involved World War II Prisoners of War who were mistreated by the Japanese in the Pacific Theater. These American heroes who answered the call of duty were placed in multiple work camps where they were tortured and beaten.

Some of the work camps involved working in coal and steel mines owned by some of the biggest Japanese companies in the world.

Daniel Leib and his team became experts in the various Treaties between the US and Japanese governments. Holding a foreign power accountable for their negligence and wrongdoing is difficult, but his team did everything within their power to help the victims of this tragic experience.

Whether you were hurt while serving our country, or forced to work in an unsafe environment, every accident victim deserves a fair shake. I’ve taken on countries and large corporations. I can help you seek justice after an accident.

A truck driver and his wife were seriously injured in a collision on Highway 99. The insurance company handling their personal injury claim offered the couple a $25,000 settlement in an effort to avoid a personal injury trial. Daniel Leib secured a jury verdict of $2.8 million for the truck accident victims.

While fueling her vehicle, a woman lit a cigarette. The spark led to an explosion at the gas pump, hurting people nearby and resulting in significant property damage. Daniel Leib and Joshua Glotzer represented the burn victims, successfully securing a burn injury claim settlement of nearly $1 million.

Glotzer & Leib successfully represented a manager at a check cashing business. During a robbery, she reached for the silent alarm but it failed to work. As a result, the police’s response was significantly delayed and she was shot by the robber.

We were able to secure compensation to assist her in covering medical treatment and compensate her for the traumatic experience.

These cases are just a few of the product liability personal injury claims I’ve helped clients pursue. Other cases have involved industrial presses, paper shredders, rebar, glass, ladders, scaffolding and many other products.

Giving Back to the Communities We Serve

Outside of the courtroom, Daniel Leib is extremely involved in his community. He’s served on the Beverly Hills Little League Board of Directors. He’s coached youth football, baseball and basketball.

On weekends away from the office you may find him backpacking and climbing in the Sierra Nevada Mountains.

Do I have a case?